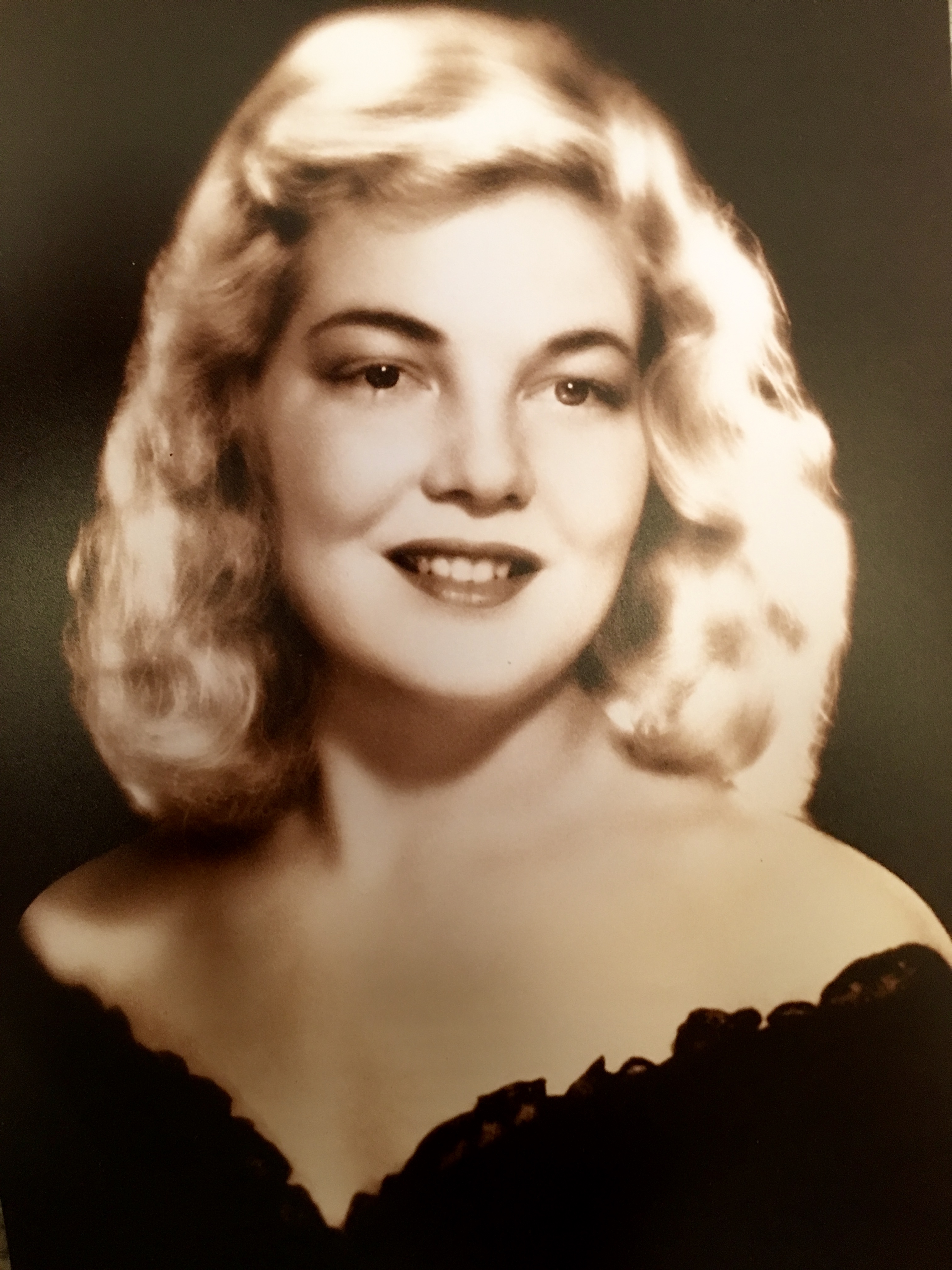 A Memorial Tribute video for Betty Thompson can be accessed by clicking here. When prompted, please choose “download a copy.”

Betty Thompson, 95, died peacefully on November 5, 2020, with her devoted family by her side.

Betty was born on August 13, 1925 in Martinsville, Illinois to Goldie Ellen Hardway and George Richard Turner.  She was raised by her eldest sibling Vernice and Billy Mearns in Delavan, Wisconsin.  She had six siblings: Vernice, Bill, Patsy, Maxine, Ruth, and Ruby.

Betty was always a pioneer, accomplished academic and world traveler.  She was raised on Lake Delavan, and spent her summers growing up working as a lifeguard.  Delavan was always her special place.   She attended the University of Wisconsin, graduating in 1946 with a Political Science degree.  Not only did she excel academically, but also was the drum major in the marching band, the school’s official “Badger Beauty,” and a member of the Delta Gamma sorority.  Betty moved to Los Angeles to pursue a modeling career with Imagnum after graduation.  She met her husband, Leslie Thompson at a horse sale in St. Louis.  The subsequently moved to Sidney, Ohio where Betty went on to dedicate her life to education.  The two purchased a veterinary practice that serviced both large and small animals.  While raising four daughters, Betty also found time to get her master’s degree from University of Dayton in Education Administration.  Betty was a teacher for many years before becoming the principal of Central Elementary School.  Her devotion to education did not stop at her official duties as a teacher, as she was also one of the initial founders of the Head Start program that serviced underprivileged children in the community, in addition to frequently helping people learn to read and write English.  She was also an active member of the community while serving on Sidney’s city council, the board of Wilson Memorial Hospital and as the head cheerleading coach.  She was also an engaged member of the Sidney First United Methodist Church.

Betty was a strong woman who gave courage and conviction to all those she knew.  As her strict, principled nature mellowed with age, her well known wit took center stage.  Until the very end, she would make good hearted jokes about those around her.  All those who knew her instantly charmed by her intelligence and humor.

She spent the last several years of her life in Vero Beach, Florida, where she had enjoyed fleeing the winters of the Midwest since the late 1990s.  Betty served on numerous committees for charities in Indian River County.  She enjoyed spending her time playing golf, tennis, and was an infamous bridge player, but above all she cherished the time spent with her family.

A Memorial Service will be held 11 a.m., November 13th, at First Presbyterian Church on Royal Palm Point in Vero Beach.  The Reverend Dr. G. Timothy Womack will be officiating.  We are aware not everyone is able or feels comfortable attending a larger gathering at this moment in time, therefore, a larger celebration of life event to honor Betty’s memory will take place at a later time.

I am so saddened by the news of your mother’s passing. I have many fond memories of Betty. She will be deeply missed by many.

Bob and I send our love to all the family and condolences for the loss of your precious Mom, Grandma, Great grandma! Bob says she and your Dad half raised him, and I have certainly heard lots of stories over the years of your family. Betty had a great influence on his life. She was a fun, lovely lady. We ar sorry we won’t be able to attend her service, but our thoughts and prayers are with all of you. Love, Bob & Peggy Dilbone

I have many cherished memories of growing up with Betty’s daughter Jean in Sidney, Ohio. I especially remember Jeannie always being so positive no matter what challenged she faced; a characteristic she clearly learned from her mother. I remember too Jeannie sharing numorous stories of how strong, courageous, and humorous her mom was even though she faced significant challenges raising her family. I can picture Betty so statuesque, lovely, humorous, and lovingly tough – I could see her in her daughters. I know the unique sadness of losing your mom, Jeannie; no matter how old we are, we are still their child. Please know I’m sending my prayers, love, and hugs from Ohio to you and your family.

“Let not your grief be measured by her worth, for then your sorrow will know no end” Shakespeare My sincerest condolences to you, lovely Jean, and everyone who loved her. Prayers for comfort and strength for your family.

We are so very sorry to learn of her passing.❤️ Our WONDERFUL Girl Scout Leader of Troop #3, proud Mother, warm and patient Teacher, Loyal friend and confidante…Always such a kind and loving friend to all! She blessed so many lives…May your memories bring you comfort. Always remember… sorrow doesn’t last forever..LOVE DOES❤️

Dear Patty, my heart goes out to you and all of your family. What a joy your mother was…always engaging and inviting. She certainly lived a full and wonderful life. She leaves a beautiful legacy in all of you.

Gwen – Im so sorry to hear of the passing of your Mom. I remember my Dad saying when The Kiwanis Club in Sidney opened to women your Mom was the first and he so enjoyed talking to her! I have wonderful memories of her, Gwen, all because you and I were such good friends. Please know you are in my thoughts, prayers, and memories. Love to all of you.

Our thoughts and prayers are with you all. No matter what your age, the loss of a parent is difficult. Aunt Betty had such a meaningful life and we see her qualities in each of you. Sending love from your Canadian cousins.

Dear Libby and Jean, Sending me deepest condolences to the entire Family. My thoughts and prayers are with you during this very difficult time.