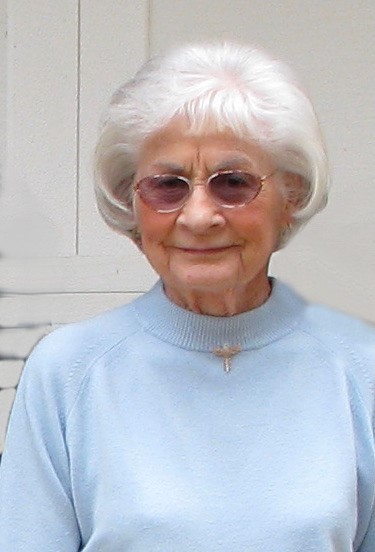 She was born August 30, 1921, in Indianapolis, Indiana, to Frank Louis Stumpf and Wilhelmina Anna Helene Stumpf (Minnie Rosebrock). One of seven children, Elizabeth grew up in the Stumpf family home on South Meridian Street, Indianapolis.

The youngest daughter in the family, Betty attended Manual High School. Following high school, she trained to be a comptometrist.  Betty was employed by LS Ayers & Company and Eli Lilly & Company.  In 1941, a mutual acquaintance introduced Betty to her future husband Henry (Hank) A. Beuke. Thus began a love affair and marriage in 1942 that lasted for more than 60 years.  They traveled extensively wherever Hank was assigned. Assignments included Germany, Japan, Virginia, California, Kentucky. and Maryland. One of her favorite past times was walking on the beach which she did for 40 years

Betty loved dogs and horses, played the violin, and enjoyed spending time with her family.  She also sang with the bands that Hank played in, and as a fledging artist drew sketches using charcoal. An accomplished horsewoman, she participated in rodeos and other venues with the horses she owned. Her love of dogs began early when people would abandon their dogs in front of her dad and uncle’s meat packing plant (Stumpf Brothers Meat Packing Plant) during the depression.  Betty and her siblings took care of the dogs and loved them.

Elizabeth was preceded in death by her husband, Henry A. Beuke who passed in 2003., her parents and brothers Louis and Frank and sisters, Marie, Helen, Frances, and Genevieve. She is survived by her son Henry A. Beuke, Jr, of North Myrtle Beach, SC, his wife Jennifer Wattenbarger Beuke, and her daughter, Betsy Beuke Flood of Vero Beach, FL and her husband William Flood. She is also survived by numerous nieces and nephews. Betty was a loving wife, devoted mother, and will be missed by those whose lives she touched.

Elizabeth will be interred at Arlington National Cemetery where Hank is buried at a later date.

In lieu of flowers, contributions may be made in Elizabeth’s memory to the Florida Baptist Retirement Center, 1006 33rd Street, Vero Beach, FL 32960.

One day every tear will be wiped away, but until then the Saviour weeps with us. May God Keep you in Perfect Peace is my prayer.
Love, Audrey