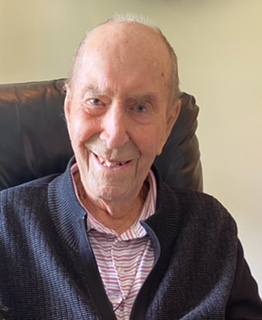 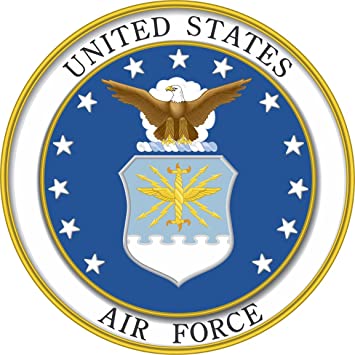 Frank William Pope, age 88, passed from this life on September 12, 2020 at Cleveland Clinic Indian River Hospital. Frank was born on March 7, 1932 in Inwood, Long Island, New York. He was the son of Edward and Virginia Pope. He was a graduate of Lawrence High School.

Frank proudly served his country in the United States Air Force during the Korean War and was stationed in Japan. Before retiring to Vero Beach, he had a 20 year career in law enforcement in Nassau County, New York.

Frank was an avid golfer and member of NE County Men’s Gold League. He enjoyed singing in the Vero Beach Choral Society and was a longtime member of the Vero Beach Theatre Guild. Frank was full of life, always ready with a joke or funny story and always wanted to make sure everybody had a good time. He was a member of St. Helen’s Catholic Church in Vero Beach.

Frank had a very happy marriage of 64 years to Antionette. They were married in 1955 in Rockville Centre, New York. He is survived by his wife, Antionette, his son, Kenneth Pope of North Palm Beach, and his daughter Karen Echeverria (Ramon). His devoted granddaughters are Amanda Brown (Daniel), Alexandra Woods and Aimee Echeverria, all of Vero Beach. His two great-granddaughters, Haley and Jordyn Brown will miss him as will all who had the opportunity to know him.

At the request of the family, services will be private.

In lieu of flowers, donations may be made to Christian Ophthalmic Surgery Expedition Network at choseneyemission.com
Arrangements by Thomas S. Lowther Funeral Home & Crematory, Vero Beach.

Our sincere condolences to the family. Frank and Toni were the best neighbors for 20 years. They were like family to our kids and us. He always had a joke to share and was as witty as can be. At their house, we had many laughs over coffee as they shared the cakes that Kenny would send. It was our pleasure to know him. He will always be affectionately known as the Mayor of Pinecrest and will be sorely missed.

Thinking of you all at this sad time!! Grandpa Pope will be missed for sure. I enjoyed seeing Mr. Pope when he had his eye appointments at New Vision Eye Center!! He was one of a kind!Xxoo!!!!!

We had the honor of meeting Frank (The Mayor) & Tony 4 years ago. Being their neighbors was among the highlights of Mike & my life. We will miss his humor, we will miss him much more. We know he is in our hearts forever and we will never forgot him. The Mayor as we called him will live on. We know you will have the angels laughing every day… No boredom there.

Sending love and prayers to Toni and all the family. Frank and Toni have lived across the street from me for 38 years. They have always been great neighbors and have looked out for me and my family. Frank was always full of life and humor. He will be greatly missed.

We had the honor to meet Frank on July 2019 for a short time but he was making jokes and telling us very interesting stories. Our condolence to Karen, Ramon , Aimee, Mrs. Antionette and all his family. May the wonderful memories warm your heart in this moments.

Frank was one of the finest men I’ve had the pleasure to know. Our friendship began while playing golf together in the NE County Mens Golf League at Fairwinds Golf Course. Always a happy smile on his face, a story to tell wherever we might run into each other. I will miss him. Gods love and comfort to his wife Toni and Family. Rest in Peace Frank.

I had the pleasure of meeting Frank, Toni and Karen a few years ago at Jo Santella’s party. He was an unforgettable personage! Just saw him two weeks ago at her funeral and he was as engaging as ever. The Santella/Pope families go a long way back with he and Michael working together in New York before they both relocated to Florida. I know he will be greatly missed by his wife, Toni, and children. May his memories live long in your hearts and minds.