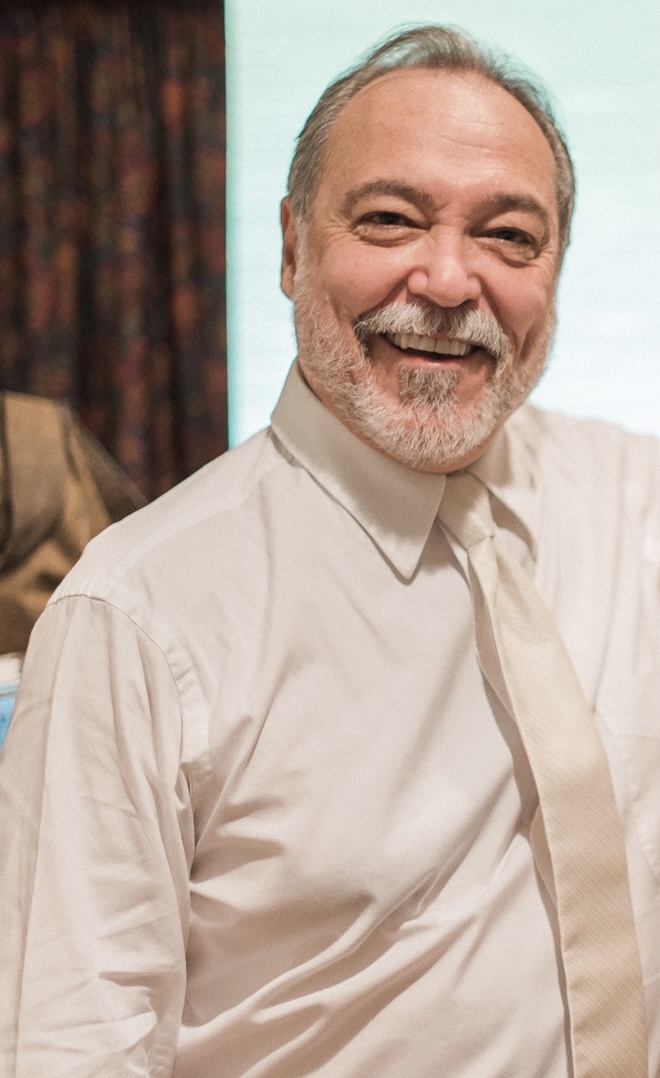 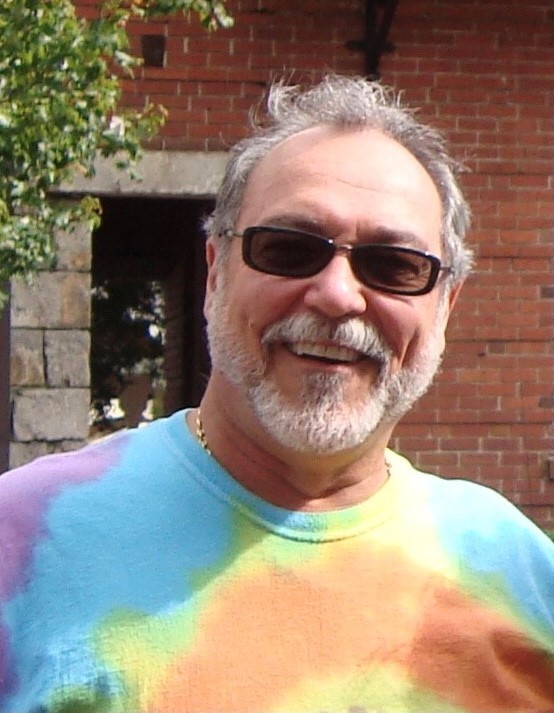 Gary Wayne Dulac passed away Saturday, January 9th, 2021 at his home in Vero Beach at the age of 66.

That’s when the adventure started. The two of them took off in their van and headed for warmer weather and found their forever home in the quaint town of Vero Beach. During his years in Vero, Gary and Donna had two children, Nicole and Zac and opened his business: his true passion of creating hand fabricated jewelry.

He was an award-winning Goldsmith, winning 4 AGTA Spectrum Awards, and had his work represented in “The Broadmoor Hotel,” in Colorado Springs, Co.

During the years Gary was usually found on a baseball, soccer, or football field coaching. When he was not on a field you could always find him in his front yard playing with all the neighborhood children.

One of Gary’s BIG dreams was owning a mountain home in Georgia. He accomplished that goal in 2010 and enjoyed many years sitting on his porch playing his guitar and cooking many gourmet meals for friends and family.

Gary was predeceased by his brother, Rick Dulac and his father, Richard Dulac.

A memorial service will be held at 3 pm Sunday, January 17, 2021 at Central Assembly Church, Vero Beach. Livestream available at http://www.centralassembly.com/

In lieu of flowers, the family suggests a charitable contribution to the Vero Beach Museum of Art, 3001 Riverside Park Drive, Vero Beach, FL 32963 Memo: In memory of Gary Dulac, for children’s programs www.vbmuseum.org

Words can’t express how sorry I am for your loss. Gary was such an amazing fun loving person. I loved when I would occasionally run into you guys & he always wanted to take a selfie of he and I and send to my sister/his good friends Barbara and Bruce. I have memories with you and Gary back in the 80’s when he had my husband an I along with my sister and fiancé from PA for dinner to celebrate their engagement. What a dinner it was because he was an amazing chef. Hugs and prayer to help you and your family get through these hard times.

Dear Zach and Family, our thoughts and prayers are with you all during this very difficult time! I know he was very proud of you and your new business. Hold hold on the wonderful memories until you see him again!

So sorry to hear about this. Gary was a great husband father and friend. He help me coach his son and my daughter soccer team together what fun times always a great smile on his face he will be truly missed.

Our family is deeply saddened by your loss and express our most sincere condolences.

Very sorry for your loss. Gary was a great friend. Loved coming into the store and catching up with him and Donna on Family and Life. He will be deeply missed. May His Soul Rest In Peace and may God Bless Donna and the Family to get through this difficult time.

Extremely sorry for your loss. I Met Gary and Donna 1yr ago. At my house in Cleveland Georgia and I am very sorry that Gary is no longer with us. I will pray to the lord that Donna and his immediate family get through this difficult time. Everyone Gary that you touched will miss you…

Donna and Family- How saddened we all were to hear of Gary’s passing. He (and you!) have meant so much to our family for 3 generations! Pieces you created for Nana Van Ness, and Mom (Betty) are cherished and will remain in our family forever. Your kindness and generosity for so many years have meant everything. We send our love and deepest sympathy. Please know we are keeping you close in prayer and know you will be given the comfort, strength and courage you need- a day at a time. So glad to know you have family close by- that will help so much!

We are so so sorry to hear of your loss. You and your family are in our hearts and prayers. No words can ease what you are going through, but we hope knowing we care helps a little.

Donna and family…I am praying comfort and peace for you all during this very difficult time. I am so thrilled that I was able to meet and spend some time with both of you while taking care of Mama when I was up in North, GA. I have Mama’s tye-died shirts that you both made (as well as mine,) and think of him (and you) every time I wear one of them. I smile and/or laugh every time I think of him. He made me laugh during the most difficult times in my life. My thoughts and prayers remain steadfast for you all. Rest in peace, Gary….you will be sorely missed.

Pastor Jack Diehl - Recipient of one of his creations.

In 2001 I celebrated the 25th anniversary of my ordination as a Lutheran Pastor. The congregation gathered gold (watches, earrings, rings, teeth, etc) for about a year. They brought it to Gary to make a beautiful gold cross out of all of that and I’ve worn it in church when serving as pastor ever since. Every time I’ve worn it I was grateful for Gary’s gift in being able to create such a beautiful gift for me and the people of Our Savior Lutheran Church. God bless you Gary and may you bask in God’s eternal Light. Pastor Jack Diehl+

Our deepest condolences for your loss. I was a customer and he was a life-saver. What a lovely man. He made my day better just by smiling, and being an expert at jewelry making. I will be reminded of him every day when I look at my engagement ring. Blessings on you all… Joan

Donna and family, May the Lord hold you up during this most difficult time. We are so sorry we cannot be there today to help celebrate Gary’s life. Steven was devastated getting Zach’s call, but so thankful to get this news from him. What a gift he had to be able to spend time will all of you last summer. Please take care of yourselves. Out deepest sympathies.

We are so very saddened by Gary’s passing. He, my husband, Dale Brandt Sr., and Donna go back many years. I am blessed to have a beautiful black pearl necklace he created. Although, I personally did not know him well, every time I saw him he always wore a huge grin on his face. I’m sure he will be remembered by all who knew him for that smile. You couldn’t help but smile too. We are sending prayers of comfort to Donna, Zac and family at this most difficult time. Rest In Peace Gary.

Thoughts and prayers to the family.

Donna, so sorry to hear of your loss – know that the Decato extended family are holding you all in prayer. Peace. Mary (Decato) O’Malley

Rest in peace, Gary. I remember back in the day that perpetual smile you had and the upbeat personality that was hard not to like. Dulac Street is not the same without you. Condolences to mother Anita and siblings.

On behalf of the Landry Family, spread to the four winds, I offer prayers and condolences to the Dylan’s and particularly to Donna and the children. He will be greatly missed.

One never knows why the Good Lord places people in your life, but we are so very thankful for the time since we first met Gary. In the short time since we became friends, it was obvious we shared many of the same interests and realized the same big dream of owning a Georgia mountain home. Our only wish is that we got to spend more time around him. We will certainly miss his sense of humor, his laugh, and his good-hearted nature. May God Bless Donna and the entire family and help you find strength and comfort moving forward.

I was so sorry and saddened by seeing Gary’s obituary yesterday. I met Gary more than 20 years ago when I stopped by his shop to ask him to repair my Mickey Mouse bracelet. I wonder since how I was ever bold enough to even think of asking someone of his skill to do that. But he repaired it with a smile and that was the first of many visits for my husband and me. I am blessed to have several of his works of art and have always enjoyed visiting Gary and Donna and looking at his works of art. I just wanted to tell Donna that I grieve with her and the rest of the family as well as all his friends.

You are in our thoughts and prayers. Gary brought such joy and laughter to every conversation and he will be missed

I am so very sorry to hear about Gary’s passing. I hadn’t heard that he had been ill so it was a real shock. Gary and Donna were one of the first to open a business in my new office building on 12 Street where they operated their business for several years. I always thought they were the nicest most friendly couple I had ever met and always enjoyed stopping in for a chat. I have always considered both Gary and Donna my good friends and I am so sad for losing Gary. God bless Donna and her family in this sad time.