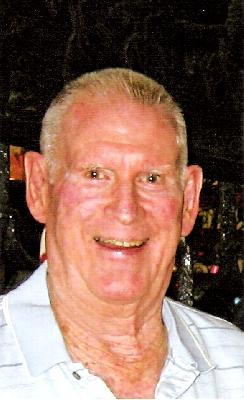 George �Red� Rule, possibly one of, or, the last survivor of, the Battle of Sugar Loaf Hill, on Okinawa Shima, Ryukyu Islands, in 1945, during WWII, passed away on February 9, 2014, peacefully at home surrounded by his loving family. He had a long battle with Cancer.

He was born on May 20, 1925 in New Brunswick, NJ and had lived in Highland Park, Watchung, Mountainside, Oldwick, and Mountainville, NJ, on a farm where he raised kids, cats, cane, hay, horses and ponies before moving to Vero Beach, FL in 1970.

Upon graduation from Admiral Farragut Academy in 1943, where he excelled in many sports , including rifelry, joined The United States Marine Corps, and received his basic training at Parris Island, SC before being sent to the South Pacific.

He distinguished himself in the Battle of Guam in 1944, and received a commendation for outstanding performance of duty during the Battle of Okinawa, where he was wounded. He was one of the few survivors of Sugar Loaf Hill where 103 men took the hill and 9 Marines survived.
He was awarded the Purple Heart, Presidential Unit Citation, The Navy Unit Commendation Ribbon, and was present at the ceremony when the Japanese surrendered to General Lemuel Shepherd in Tsingtao, China.

After being discharged in 1946, he worked for Overhead Door Sales Company in Maplewood, NJ, and Newton Highlands, MA and took over as president when his step-father, Guy A. Rendall passed away. He opened an overhead door factory in Whitehouse Station, NJ under the name of Modern Doors, Inc., and was president of that until he retired in 1967.

�Red� was a member of Foreign Wars, The American Legion, The Order of the Purple Heart, The John Birch Society, and the old Riomar Bay Yacht Club. He was an ardent fisherman of the ocean, and Indian River, and was a legend in his time. He was a loving husband, father, and a proud patriot of his country.

Services will be private.

In lieu of flowers, please send a donation to Hospice of Vero, 1110 35th Lane, Vero Beach, FL 32960. The family truly appreciates the wonderful care that they received.