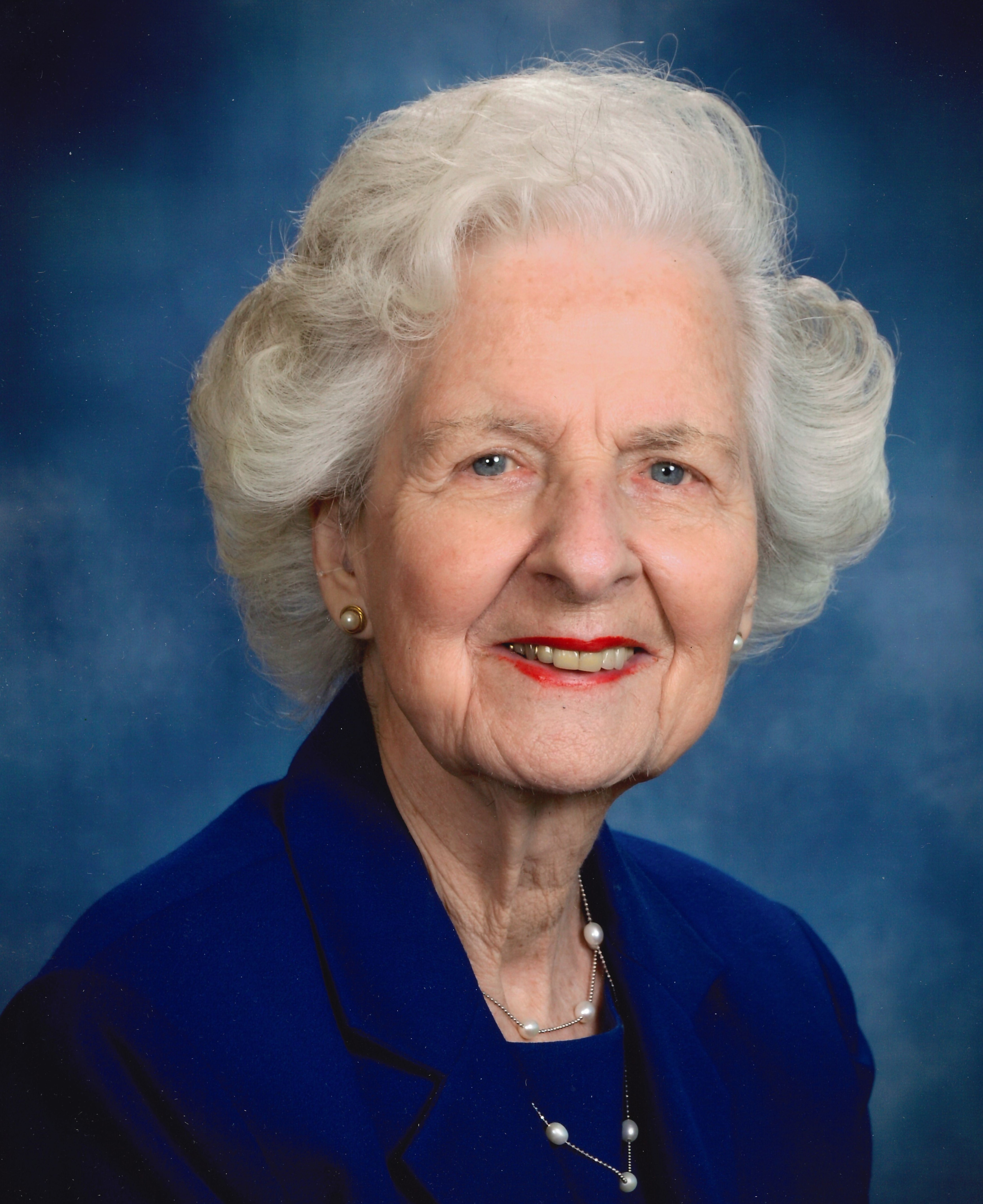 Joan Atkinson Kay died on March 19, 2021 at her apartment in The Regency Park of Vero Beach, following a battle with cancer. Joan was the eldest child born to Marjorie Hindman Wood and Raymond Stewart Wood on June 4, 1927 in Detroit, Michigan.

Joan graduated from the Northrop Collegiate School for Girls in Minneapolis, Minnesota in 1945, and thereafter from the Randolph-Macon Woman’s College in Lynchburg, Virginia in 1949–majoring in Biology.

In 1951, Joan married Robert Coleman Kay, a graduate of the University of Virginia, a Lieutenant JG in the U. S. Navy during World War II, and a resident of Lynchburg, Virginia. The newlyweds first moved to Cincinnati Ohio, then Kettering, Ohio and East Grand Rapids, Michigan while Coleman was employed by the Reynolds Metals Company. In 1964, Coleman took a job with Olin Corporation and moved the family to Kirkwood, Missouri, a suburban city within the greater St. Louis area. In 1990, Joan and Coleman retired to Vero Beach, Florida. During the course of their 56+ year marriage (Coleman died on January 16, 2008), they enjoyed traveling around the country and the world, including trips to England, France and the Middle East.

Prior to her marriage, Joan worked in Eli Lilly’s Research Department and thereafter at Cincinnati General Hospital. She raised three sons, and then worked in the Guidance Counseling Department at Kirkwood High School.

Her greatest work outside the home–over decades in several different communities–was reflected in her devotion and leadership to the many not for profit organizations she served and supported. At the age of 16, she sold more war bonds than any other student in the State of Michigan. While living in Kettering,  Joan was on the committee that started what is now called Wright State University. While living in Kirkwood, she quickly rose from a volunteer delivering meals for the Meals on Wheels organization to its Co-Ordinator for an entire four city market, supervising the efforts of over 250 volunteers.

When Joan and Coleman moved to Vero Beach, she quickly immersed herself in various local organizations. She became the President of the Bermuda Bay Homeowners’ Association within a year after her arrival, and was elected again on three separate occasions. She joined the Indian River Hospital’s Auxiliary, first as a volunteer and later was elected its President. Thereafter, Joan was chosen as the Chairman of Orientation for the State of Florida Board of Auxiliaries. Joan also served on the Founding Board of the Indian River Symphonic Association, was an ordained Stephen’s Minister, and an Elder at the First Presbyterian Church of Vero Beach.

Her work on behalf of her alma mater, Randolph Macon Woman’s College, reflected Joan’s inner drive to make a beneficial impact, as well as her leadership skills.  Joan served as the Chapter President (in two different cities), then as the College’s District Director for five states, as her Class Secretary, and finally on the 50th Reunion Committee.

More than anything, Joan loved her family.  She taught us to be self-sufficient and strong, but she was always there to provide her unconditional support whenever we needed help. She encouraged us to learn more, to travel more, to support more people and causes, and to do more with our lives–to make the same kind of meaningful and significant impact with our lives that Joan made with her life. We were indeed blessed to have such a loving, strong, exemplary role model.

Memorial services will be at First Presbyterian Church of Vero Beach on April 23, 2021 at 11:00 a.m. Her cremains will be buried alongside her beloved husband, Coleman, in a private ceremony at the South Florida National Cemetery. In lieu of flowers, the family requests those wishing to make a gift in her memory in support of the First Presbyterian Church of Vero Beach, 520 Royal Palm Blvd., Vero Beach FL 32960.

You will be missed great Aunt Joan!