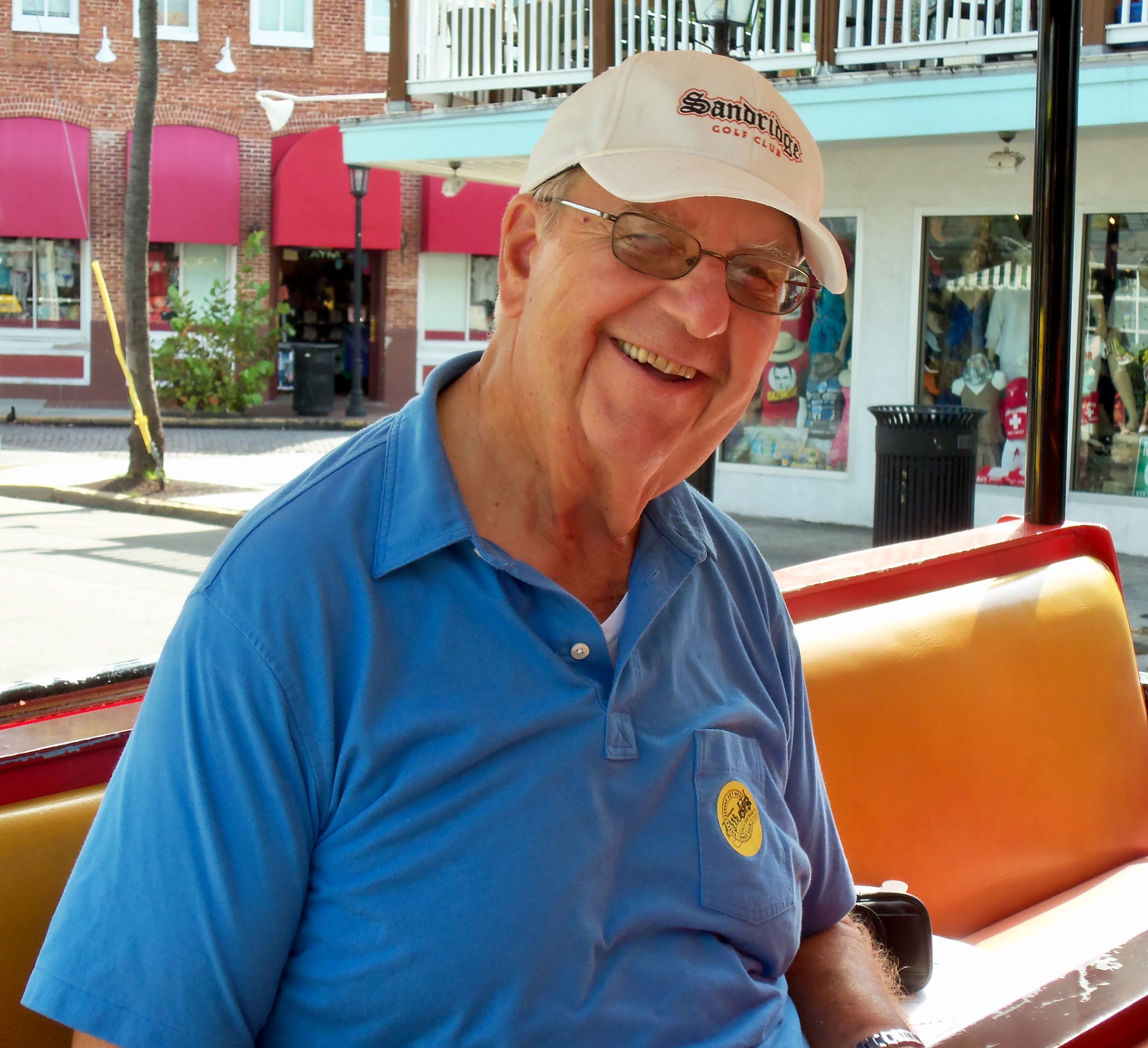 John J. Conforti, also known as Jon, 87, died peacefully at home from post-Covid related complications on May 10, 2021. He is survived by his wife, Marie and his brother, William (wife Joan) and several nieces and nephews. His father, William Conforti; mother, Helen Scznesey; stepmother, Clotilda D’Talia; sister, Mary Kuklis and brother, Joseph predeceased him.

John was born in College Point, Queens NY on February 7, 1934. He married his first wife, Janet Kanka. After John’s service in the Army, he and Janet moved to the North Fork of Long Island, living first in the town of Cutchogue and then Mattituck. They both worked in the property title insurance industry. John’s successful career included working for National Title Insurance companies including Ticor and Chicago Title. He rose to the position of Regional Manager for Long Island based on both his technical expertise and his keen managerial ability. John understood people and found ways to motivate them to perform at their best. When John retired, he and Janet moved to Vero Beach where they enjoyed a beautiful retirement life together, including traveling to Europe and taking many cruises. After 49 years of marriage, Janet passed in 2004.

John met his second wife Marie, a Boston native, on a cruise. Fittingly, their first date included a Yankee vs. Red Sox game at Yankee Stadium with front row seats on the third baseline. The Red Sox won and John claimed to have put the fix in to win over Marie’s affection. After marrying in 2005, Marie opened her elder law practice in Vero. John supported her career in many ways as marketing director and at home, by shopping, cooking, and doing the laundry. John was fond of food, especially condiments and used to order a little lamb to go with his mint jelly, a bit of turkey to go with his cranberry sauce and a small pork cutlet to go along with his jar of apple sauce. He was often heard saying, “I’ll start my diet on Monday”. He had a good sense of humor and laughed heartily at his own jokes. He loved golf and the camaraderie he shared with his many golf buddies at Vero Beach CC, Grand Harbor and Oak Harbor.

In recent years, he enjoyed reading a good book with a cup of coffee at the pavilion at Jaycee Beach, cruising and watching professional football-always rejoicing when his beloved Giants beat the Patriots! He was a wonderful and devoted husband to two lucky wives and no doubt is in Heaven with Janet.

A Mass of Christian Burial will be held at Holy Cross Catholic Church, Tuesday, May 18, 2021 at 10 a.m. Interment will be private. A Celebration of John’s Life will be held at the Vero Beach Country Club at Noon. All are welcome.

In lieu of flowers, memorial contributions may be made to VNA Hospice Foundation or any charity of your choice.

His family wishes to extend sincere thanks to the many supportive friends and VNA caregivers who made John’s last days as bright as possible.

Marie, please accept my sincere sympathy in the loss of your dear John. I know each of you was a comfort to the other and you shared many laughs and joyous years! You were truly blessed!

Marie & Bill and family, We are sorry to hear the passing of our friend John and we are sure he is resting peacefully now. Godbless you all with the strength to get through this very saddened time.

Marie, it was always a pleasure to see you and John, with your smiling faces at Sunday brunch at VBCC. He was fun to play golf with over the years, and always smiling. Sorry to see him go, and I’ll miss both of your smiles together. Jim Scott

Marie, I’m very sorry to read of the passing of your husband. (I loved reading about the Red Sox game.). Sincere condolences.

Marie, We are so sorry to hear the news about John. We never met him but everyone who did said he was a wonderful guy. Our thoughts are with you during this difficult time. Bill and Mary Ellen Carroll

Dear Marie ~ please accept my deepest condolences on the passing of John. May you find comfort in the memories of the wonderful years the two of you shared. My thoughts are with you. Roberta Delisle

Dear Marie, our thoughts and prayers are with you at this difficult time. God’s peace, Julie and Ken McPartlin