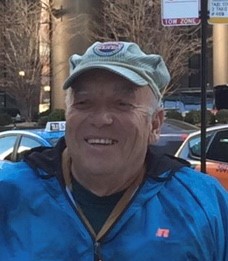 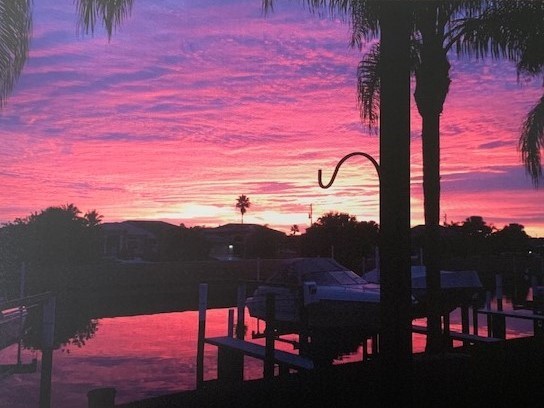 John Michael Gould died May 13, 2020 in the ICU at Cleveland Clinic Indian River Hospital in Vero Beach, Florida with Debra Richwien by his side.

John was born on March 11, 1945 in Portland, Maine and graduated from Deering High School in 1963. He served in the United States Air Force until his honorable discharge in September 1970. Following his military service, he worked for the Federal Government as an Air Traffic Controller, primarily at the Boston Center in Nashua, New Hampshire.

Although John had no children of his own, he made many generous contributions to benefit children and had a special place in his heart for the children of St. Joseph’s Indian School. He loved traveling and has traversed the United States several times over the years by RV, car, and his favorite mode of travel, the train. He and life-long friend Robert Small often took the train from Florida to Washington, DC to attend annual Veterans and Memorial Day events. In November 2017, John fulfilled his dream of conducting a train for a 90-minute drive in Ely, Nevada.

John suffered much of his adult life with depression. Despite this, he always had a smile that could light up a room. He was a wonderful man with a big heart and a sweet, kind soul.

John is survived by Debra Richwien, his partner and friend for over 43 years, his sister Judith (Gould) Goulet, nieces Michele Goulet and Karen Gregory and her husband Paul, and two great-nephews, Sam and Luke.

Memorial contributions may be made to the St. Joseph’s Indian School or the National Alliance on Mental Illness (NAMI).

So very blessed to have you come back into my life again albeit shorter than we’d hoped. You were the kindest, most considerate man I’ve ever met. I admired those qualities 40 years ago, and I still do. I never dreamed that when I retired in 2013, that we would reconnect years later and enjoy the best years of my life. My heart aches for you, but I know that the last couple years were not easy for you. So while I selfishly miss you, I know you aren’t struggling anymore. Until we meet again, all my love, Deb

John was one of a kind, always there for a friend. I knew if I was ever in need he knew what to do. It is hard to imagine my life without him in it. The world will be darker without you. John was my trainer and my friend. Love & Hugs Carol

John, We know you struggled with feelings you could not control and we are grateful you have found your peace. We miss you and your smile.

John, though we had a rather disconnected Friendship, you always seemed there for me and, I hope, I was there for you. We shared many years and experiences in New Hampshire–always full of fun and laughs. I pray that we shall someday meet again and resume that kinship…..Love ya’ Bro, RIP my wonderful Friend…..Barry

John even though Nick and I have only know you for awhile, I’m glad we met you. Seeing you at times going out to eat and other times passing by on golf carts we were happy that you were out and enjoying a good time. With Deb always by your side you just knew how much you meant to her. Rest in peace John.