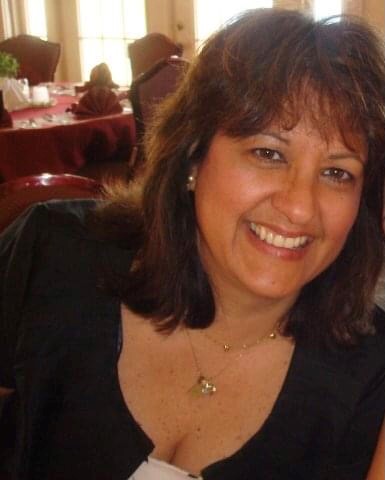 Leslie Diane Welchance passed away peacefully on Sunday November 8, 2020 at the VNA Hospice of Vero Beach, after her courageous battle with stage 4 Cancer.  Leslie was born October 16, 1958 in Merced, CA.  After traveling the world with her family, as a dependent of a military service member, Leslie ended up in Anchorage, AK, where she graduated from Anchorage High School, in 1976.  Before leaving Anchorage AK, she married her husband, Riley Welchance June 29, 1978.

Leslie retired from American Research & Investigations, in Vero Beach, as a partner in the business for 26 years with her husband.  Leslie was a devoted Christian and a member of Life Quest Church.  She often volunteered her time at Tabernacle Baptist to read to the children.  Leslie took American sign language classes at Indian River State College.  She loved teaching her grandchildren how to sign in her spare time.  Leslie also enjoyed activities that included prospecting, golf, gardening, bingo, cruising, fishing, and playing board games with her family.

No formal services will be held due to her personal wishes; rather it was Leslie’s wish to have a Celebration of Life.  There will be an announcement at a later date.

For you and your family, the Consalo and Boyd families were sad to hear the news, but we are praying for you all. Please don’t hesitate to be in touch if you need an ear or a shoulder, we are here.

Riley and family my thoughts and prayers are with you. Leslie will be greatly missed.

So sorry for Riley and his family’s loss our thoughts and prayers are with you all.

May you Rest In Peace. Now that you are out of pain and not suffering, it is the good Lords job to take care of you. Although I didn’t know you, I knew your daughter Tiffany and the beautiful grandchildren you have. Everyone is hurting right now but keep shining and watching down on your family. ❤️

My thoughts are with you at this time

Sis, I’m writing this with a selfish heavy heart . I enjoyed our last visit last month. Driving home I had to remind myself to remember the Great times we had played bingo, the babies Birthday’ and of course our cruise’s we all took. Thank You for treating me like a sister instead of a sister in law. We had many laughs and some good cries today over the years which I’m I had you to share with. You were an amazing person. You left behind an AWESOME legacy which anyone can see in your children and grandchildren. I feel so Blessed to have had you in my life. I Love you and will miss you. Now take your rest and I’ll be seeing soon enough and catch up. I’m keeping my brother in my prayers and hope he finds some peace and comfort with his world torn apart with you. Peace and comfort to the family and friends that are missing that Beautiful smile. Much Love, Teresa

You rest well now my friend. You were loved by many, you will always remain in our hearts and memories….

We were so saddened to here of Leslie’s passing. It’s so difficult when losing someone so close to your heart, but I know for certain that we never really lose the people we love, even to death. They continue to participate in every act, thought and decision we make. Their love leaves an indelible imprint in our memories. Your family is in our thoughts and prayer.

I love you like family and my heart is broken for you all. Sending love and hugs.

We are truly sorry to here of her passing. My God watch over you and keep you safe at this difficult time. Our prayers are with you all. Love, Jeff, Jennifer, Kyle and Ryan Lamothe

I was and still sadden to hear about my long time friend Leslie’s passing. Leslie was a great friend to have had in my life and my children’s. She always had a beautiful smile and laugh when you would see her. She will be surely missed by all. Much love to her husband, Eddie, children, Riley, Tiffany and grandchildren. Our family thoughts and prays are with during your greatest time of loss.

Riley, was so sad to read this. Being away from Vero I have lost touch with so many people. My prayers are with you and your family. May you find some peace knowing she is in a much better place and has no more pain or suffering. You remain in my prayers during this difficult time but know the sun will shine again tomorrow and your memories will last forever.