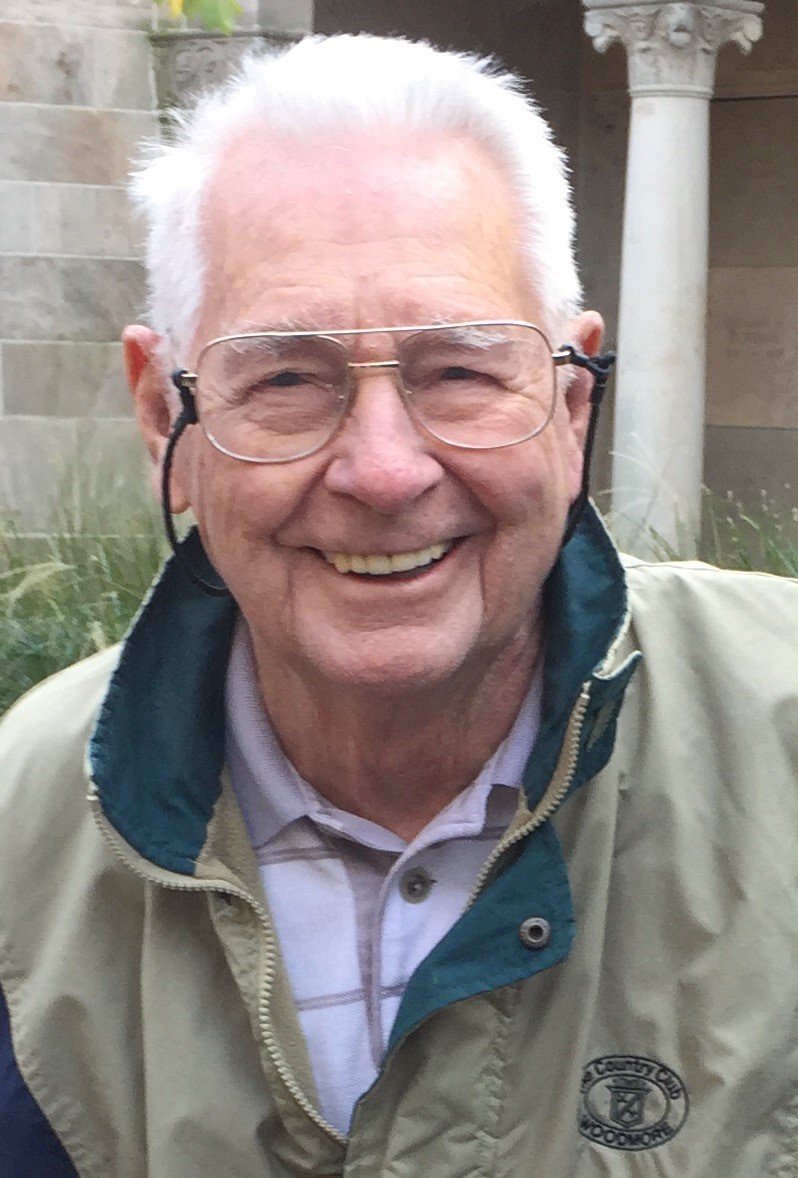 Milton Warren Crawford, Jr., “Buddy” was born on October 5, 1932, in Washington DC to Milton and Lucille Crawford.  The oldest of four boys, he loved his brothers Lenny, Brian, and Bob and remained close to them his entire life.

He attended Bladensburg HS where he lettered in basketball and baseball. His future wife and love of his life, Margaret Payne, attended school there as well, but they would not begin dating until after they both graduated. After high school, Buddy attended the University of Maryland for two years, then enlisted in the Air Force. Buddy’s Air Force service allowed him to travel from his home in Bladensburg to Biloxi, Mississippi, and then to Japan.

In 1959 he married Margaret. They would remain happily married until her passing in 2014. After starting their married life in Palmer Park, Maryland, and having their first child, Gary, Buddy and Margaret built a house in Upper Marlboro, Maryland in 1965.  Just after, they had their second child, Laura. Buddy worked full time as a plumber and spent evenings and weekends building the new house. Buddy and Margaret raised both children in that house on Willoughby Road and remained there for 49 years creating many, many wonderful memories for their family.

Buddy began his career as a plumber for his father’s company, he left there to go to work for the Poole and Kent Corporation, where he quickly moved to foreman, project manager, vice president, and eventually president of the company, the position from which he would keep until he retired. Buddy was active in the Mechanical Contractors Association of the DC area, where he was President in 1995, as well as a member of the national chapter.

Buddy was an avid golfer and longtime member of Woodmore Country Club, where Margaret would learn to play after she retired. Buddy and Margaret enjoyed golfing together.  They loved to travel, with destinations including both coasts, Hawaii, the Caribbean, Switzerland, and Italy. In their retirement years, they would spend the winter in their condo in Indialantic Florida, enjoying the beach, their friends, and one of Buddy’s other lifelong loves, fishing.

Buddy most loved being able to spend time with his wife, children, and grandchildren, Amie, Kendall, Baylie, and Matt. Big holiday dinners, weekend get-togethers, and family travel were among their favorite pastimes. He loved his family and friends. His 56-year marriage to Margaret is an example of true love and commitment that they made look effortless.

You will never find anyone that has come into contact with our dad that didn’t love and respect him.  He was often described as having a “Twinkle in his eye!”  His heart was full of kindness, happiness, and pride for his family.  Dad had a wonderful laugh that made us all join in.  We affectionately refer to it as the “Barney Rubble Laugh.”  He had the patience of Job with an amazing ability to quietly think things through.  He will be missed every day.

Buddy is preceded in death by his parents, wife, and brother Lenny. He is survived by his son Gary (Lisa), daughter Laura (Barry), grandchildren Amie, Kendall, Baylie and Matt and his two brothers Brian (Irene) and Bob (Sharyn).

Due to current circumstances, the family has no plans for an immediate service or memorial. When possible, the family will hold a service to intern his ashes with Margaret’s at Fort Lincoln Cemetery in Brentwood MD. Anyone wishing to remember Buddy with a gift is asked to make a donation in his name to the American Kidney Fund.

Gary, I am so sorry for your loss! I have been where you are so I know how you are feeling right now. I wish I could help you in some way. You know in the Bible whenever we read about Joshua, Moses’ second in command over the nation of Israel after the exodus from Egypt, we usually see that it says “Joshua, son of Nun”. I always wondered why it repeatedly mentioned Joshua’s father. Then I realized that we never learned much about Nun because it implied that if you see Joshua, you see his father so there was no need for further explanation about Nun. Joshua was the product of excellent upbringing! I would say the same is true with you and your dad. I didn’t know him but I know he was a great man and great guy because that is who you are Gary! You are right, he will always be with you in your heart. God bless you, Lisa and the entire Crawford family!