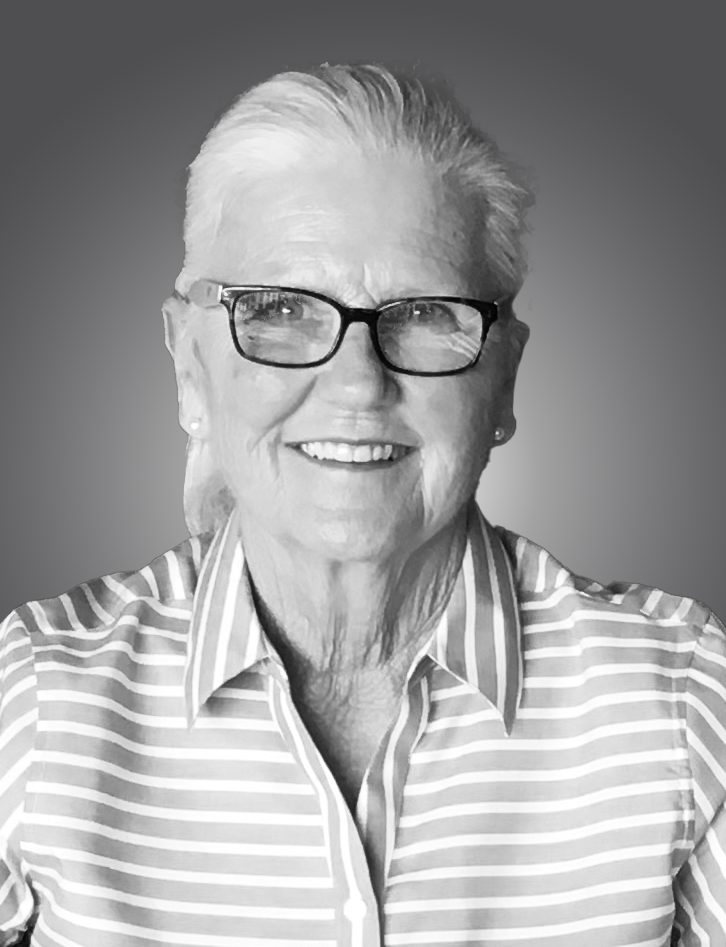 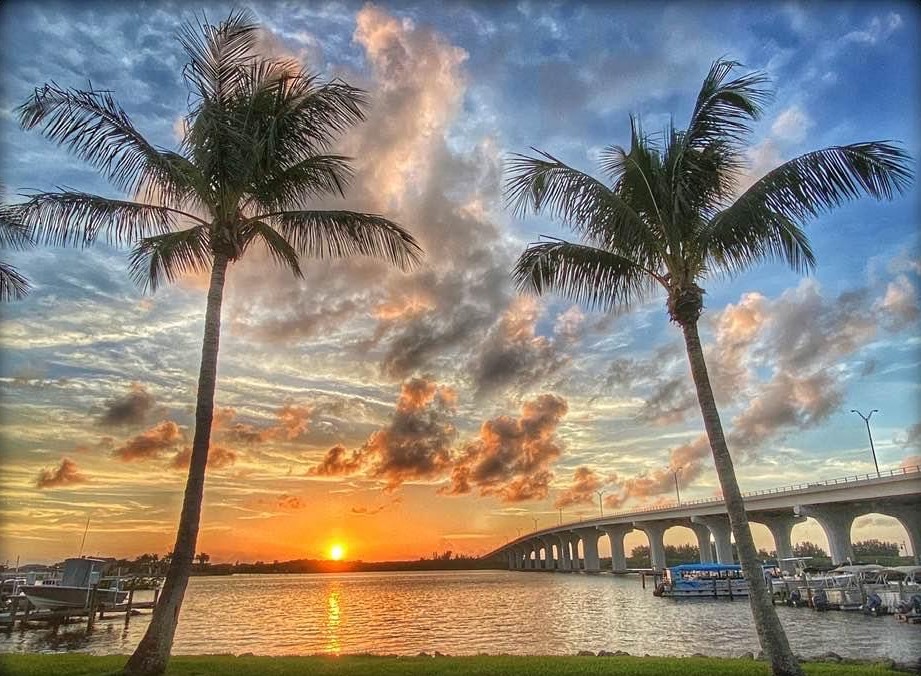 Long-time Vero Beach resident, Olske Van Zonneveld Forbes, passed away peacefully on January 11, 2023, at age 76 with her two children by her side, of complications related to Parkinson’s disease.

Olske was born in Sassenheim, Netherlands, on September 21, 1946, to Cory and Bill Van Zonneveld.  The family immigrated to the United States in 1948 and settled in Florida, moving to Vero Beach in 1953. Olske lived in Vero Beach ever since.

As a teen Olske was active in church and school activities and was a member of the Dolphinettes synchronized swim team.  Olske married Dennis Forbes in 1970 — she balanced raising her family, working full-time, and hosting family and friends.  In particular, she loved entertaining her many Dutch and Canadian relatives and friends.

Olske started a real estate career in the late 1970s and maintained an active real estate license for over 40 years.  In the late 1980s, Olske and Dennis founded Ironside Press.  After Dennis’s passing in 2002, Olske led the company until her son acquired it in 2008.

Olske owned commercial properties in Downtown Vero Beach that were originally locations of the Vero Beach Press Journal and the A&P grocery store.  Over the last two decades, revitalizing and advocating for Downtown Vero Beach was one of her primary interests, earning her the “Very Vero Award” in July 2021 from the Main Street Vero Beach organization.

Olske was predeceased by her husband, Dennis Forbes; her parents, Cory and Bill Van Zonneveld; and her brothers, Fred and Paul Van Zonneveld.  She is survived by her daughter Beth Forbes of Greenwich, CT, and her son, Bo Forbes (Jennifer), and granddaughters, Olivia and Phoebe of Vero Beach.

A service celebrating Olske’s life will be held at 11 a.m., Saturday, January 28, 2023 at the First Presbyterian Church of Vero Beach followed by a reception at the Vero Beach Heritage Center.   In lieu of flowers, please consider making a donation in Olske’s memory to the Olske Van Zonneveld Forbes Foundation, currently being established to support the revitalization of Downtown Vero Beach.

Dear Olske: You were a real grand dame, powerful and loving in your own way. One of a kind that everyone that ever met you would remember you. We will miss you. I enjoyed our friendship for the past 38 years. God Bless!

RIP Olske, may your next journey be filled with as much life as you had here on earth.

Sincere condolences to Beth and the entire family. Sending hugs and prayers.

Dear Beth, Bo and family, I’m so sorry for your loss. As you know we moved next door to Olske approximately 20 years ago and she was a big part of my adjustment to the move. She was always the friend I needed and neighbor anyone would love to have. She was a strong, determined, soft and understanding with a great big heart. Olske loved downtown Vero as was mentioned, truly her passion was preservation and making it what it is today and more. She was a very big part of my family’s lives. We loved her very much. She will never be far from our our thoughts and hearts. Our condolences to all her family. She will be greatly missed.

Beth, Bo and family, I remember meeting Olske years ago when she visited in Greenwich. She was lovely. I’m so sorry for your loss. Hang on to the good memories.

On behalf of Annemarie, Maarten, Anne-Roos, Thomas and myself, our sincere condolences with the passing away of Olske.
We remember her energy, enthusiasm and warm personality.
We hope that the many good memories you have of Olske will help Bo and you to carry this loss.

How does one begin.We were neighbors and became true friends on Cherry lane. We didn’t see each other often but always knew we would always be there for each other.To Beth and Bo I know your hearts are broken but know she’s in no pain anymore and having nice talks with your Dad

Dear Bo and Beth, I was so saddened to hear of your Mom’s passing. She was a grand woman with great passions! I thank her for sharing both of you and Dennis with me for so many years. All of you hold such a special place in my heart!!!

Beth and Bo, Olske was a “doer”! When I lived across the street, activity was the norm! When I obtained my real estate license she said, “Get out there and sell!!! You don’t need to be somebody’s assistant! Just get out there!” And so I did!!! That was some years ago. I respect her advise then and now. Thank you for sharing the news of her passing, the next step in her journey. I am sorry for your loss and extend my sympathy to you both.

Dear Beth and Bo and family, thinking back of the many good times we had in Vero and surroundings with Olske our heart goes out in very fond memories, starting with first meeting her in 1974 up to the last time we talked on September 24. She always was a warm and welcoming host to us and to our kids going out of her way to make us have a good time. We also admired all of her enterprises and her work for the Vero-community and Museum. Although we could never return her hospitality she was with us in many of our good old Vero-stories that we told each other back home in Sassenheim. Our thougts go out to you, especially on Saturday Jan 28. Love, Yvonne, Bill (Willem), Guido, Vincent, Rosanne and Niels Moolenaar

Beth, Bo, & Family, I would like to express the gratitude that I have experienced by being able to work with your mom for the last 23 years. She taught me so much . And we developed a friendship that I will never ever forget! Your mom was such a fighter I admired how she managed to take care of herself as long as she possibly could before she would ever think about asking for help! I am so thankful to have the memories and the lessons that Olske taught me about this town about life and about how to live life to the fullest! I feel so lucky to have known her and know how much she loved you two with all of her heart . I wish you all peace she would have it no other way

Dear Beth, Bo , Hans and Birgit, I’m so sorry for the loss of your dear mom and sister. Olske was one of the most amazing women I’ve ever known and am so proud she was my cousin. She was so smart and full of energy, even last month when visiting her she shared so many wonderful stories of our relatives. I am sure she is reunited with Dennis, Aunt Cory and Uncle Willa. Fred and Paul. Rest in Peace dear cousin Olske❤️

Dear Beth & Bo and US family, We remember your mother Olske as a wonderful and strong woman. We wish you all love and strength in this difficult time and we are sure that you will cherish many beautiful memories of her life. Also on behalf of my father, “Uncle” Robert Moolenaar, and my sister, Elisabeth Moolenaar; Simon

Beth and Bo, Birgit and Hans, Olske is an old, old friend that goes back to the mid 50’s when she used to babysit us. Our parents have always been friends until they’re passing, and I believe that their children will always be friends too. Olske has been in my prayers and will be in my prayers for a long time. We know why she was endowed with The Very Vero Award. She will be missed by many. Y’all have my condolences and prayers in this time of loss and grief.

Dear Birgit I’m so sorry to writing this note to you once again. My thoughts return to a time just out of reach when all the neighborhood kids played at your house. Please take comfort knowing that your loss is shared buy us all and many more.

Olske, I will forever think of you and love you as my sister. Rest in peace dear friend and say hello to Dennis and your mom and dad and Paul for me.

Olske was a wonderful sister in law and I will miss her. She was brimming with ideas on revitalizing downtown Vero Beach until her last breath I am sure. Rest in Peace Olske and don’t be trying to revitalizing heaven too soon now that you are there.xoxodede

Beth and Bo and the Forbes Family – We send our condolences and wish you peace. Best, Adrianna Paradiso and Ron Manganiello

Olske was a tremendous influence in the downtown area….the Art District. She was generous with her time, her resources and her influence. I admired Olske and appreciated her friendship and guidance. God bless her and her new journey.

Bo and the Forbes family – My sincere condolences to you and your family. My thoughts and prayers are with you all. ~Suzanne

Beth and Bo- I am so very sorry. Your mom was a force. My life is richer for having known her. You did a wonderful job caring for her and she most certainly was proud of you. Now she is in perfect health and in the joyful company of your dad and your grandparents. And she is probably still warning “Don’t mess with the Big O.” My heart goes out to you both. Much love. -Dana