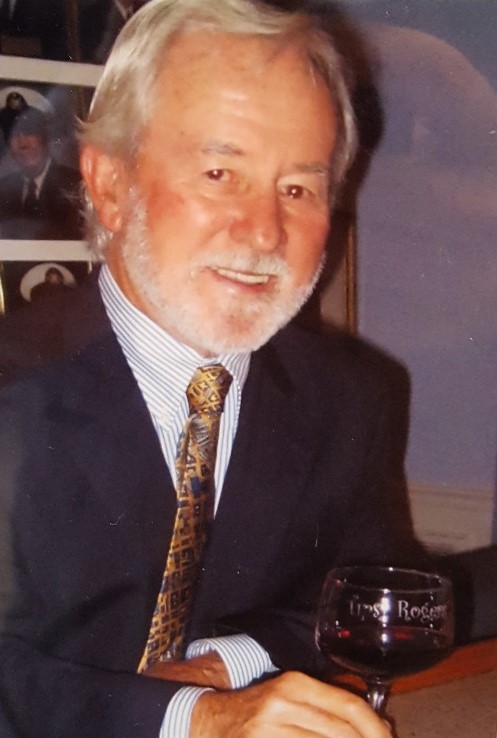 Richard was born in Piney Point, Maryland, with one foot in the water and one foot in the sand.  His affinity with the water influenced him throughout his life, mainly enjoying boating and fishing around the Potomac River, the Chesapeake Bay and its tributaries.  His love for the water and boating can be seen in the scratch built radio controlled model boats he built, which he named the Rajah Line, after the name of his father’s workboat.

Richard spent most of his life in the Washington, D. C., Metropolitan area and Solomons, MD, moving to Vero Beach with his wife Annie in May 2009.

He was a veteran of the United States Navy, having served onboard the USS Point Defiance as a ships helmsman, small boat coxswain, gigs (small transportation boats for the Captain), LCVP (Landing Craft Vehicle Personnel), etc., as well as maintaining the ship’s armory and guns.  He was listed as a Gunners Mate 3rd class.  He thoroughly enjoyed his time in the Navy.

After leaving service in San Diego, he returned to the Washington D.C. area and was hired as a cartographer at the National Geographic Society, a career he loved.  During his almost 36 years his responsibilities varied from challenging to creative to exciting and to just plain fun.   He was often sought out for projects involving creativity due to his artistic talents.

One of his favorite assignments was taking care of the Map Room at the White House.  At that time the Map Room was a small, cozy, warm room just off the Oval Office.  On one occasion he opened the door and President George H. W. Bush was leaning back in a chair, feet on the table, no jacket, hands behind his head and a pleasant smile on his face while listening to country music. The President commented that this was his favorite room as it offered a quiet space where he could get away from everything and that he really loved to peruse maps.

He is survived by his beloved wife, Annie; his nieces, Laura Williams and Angie Mastrovito; his nephew, Frank Barba; and his former wife and good friend, Barbara Rogers.

Richard was predeceased by his parents, Richard and Nancy Rogers, his sister, Pat Barba and his brother, Lance Rogers.

I also miss him and love being here for you. much Love Gail

We have good memories of a fun and quirky fellow!

Al and I really missed Richard and Annie went they left Solomons for Vero Beach. We are so sad to hear of Richard’s passing and send our prayers to Annie. Annie and Richard were a beautiful couple and loved their life together. The Cochrans

I have fond memories of Richard. Annie so sorry for your loss.

Annie..my sincere condolences. It seems like only yesterday we were hanging out in Solomons. He was a wonderful friend who made it apparent how much he loved you.

So sorry Annie, think fondly of both of you.

Annie: A beautiful sole is never forgotten and Richard was indeed a beautiful person — loving life and loving you. My sincere sympathy with love to you.

O Captain! My Captain! Sail on Dick…Your sails will always be full!