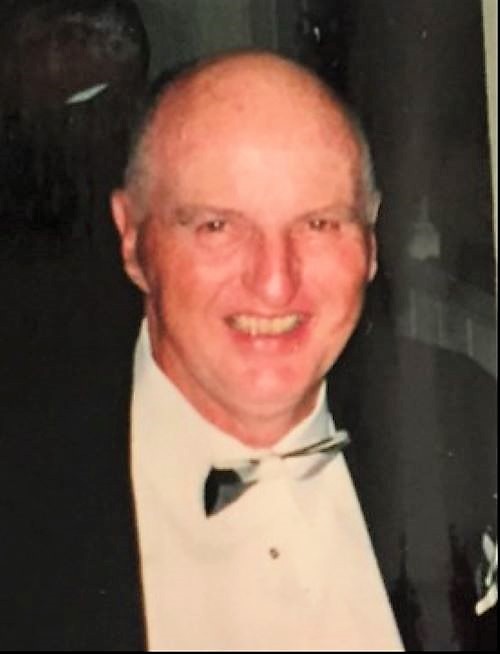 Thomas H. McAboy died on May 6, 2020.  He was born in Chicago, Illinois on March 1, 1930, the only child of Mildred H. and Arthur T. McAboy.  His early years were spent in Chicago, Decatur and Quincy, Illinois, completing his high school education at Roosevelt Military Academy in Aledo, Illinois.  Tom enjoyed his years at Roosevelt very much and graduated as an honor student with the rank of Cadet Colonel, the highest rank attainable.  He attended Northwestern University in 1948, graduating in 1952 with a Bachelor of Science Degree in Business Administration.  He was a proud member of Theta Xi Fraternity serving the Chapter in many capacities including a term as President.  Tom was an avid sports fan always cheering for the Northwestern Wildcats, his beloved pro teams the Chicago Bears,  Boston Red Sox and Hartford Whalers.

While at Northwestern, Tom met his beloved wife of 67 years, Rosanne B. McAboy, affectionately known as “Sue.”  They were married in Wilmington, Delaware on January 10, 1953.  Following a brief stint in the Naval Reserve while at Northwestern, he joined the U.S. Army in November 1952.  Completing two years during the Korean War at Fort Jackson S.C. He received an Honorable Discharge from both the U.S. Navy and Army.

Tom was a loving, giving father and grandfather to his three children, Marilyn, Carolyn and Scott and his granddaughter, Melanie.

He began his business career with The Travelers Insurance Company in the Miami, Florida Field Office in 1954, subsequently serving in the West Palm Beach, Florida and Wilmington, Delaware Field Offices.  In 1965 he was promoted to a position in the Home Office in Hartford, Connecticut.  He served in various functions until his retirement in April 1991 as Executive Vice President, Travelers Corporation.  Education while employed included degrees as a Chartered Life Underwriter and as a Chartered Financial Consultant and graduate of the Advanced Management Program at Harvard Business School.  Service in industry affairs included positions as President of the Hartford Life Underwriters and the Hartford General Agents and Managers Associations and on Committees of the Life Insurance Marketing and Research Association.

Following retirement, Tom enjoyed cruising on his boat and many hours on the golf courses on Cape Cod, Hilton Head Island, South Carolina and in Vero Beach, Florida.

He is survived by his loving wife, Sue McAboy, two daughters, Carolyn Hall and Marilyn McAboy, his son, Scott McAboy and his granddaughter, Melanie McAboy.

Kerry Carey - The late Jack Carey’s wife. He was hired at the Travelers by Tom.

I am so sorry to hear of Thomas’s passing. My thoughts and prayers are with you. I have fond memories of Tom and Sue at conventions and on Cape Cod. – Kerry Carey

Scott, Please accept our condolences as your father will not be forgotten and will forever be missed. May his soul rest in peace. Sincere sympathies from the Rossi family.