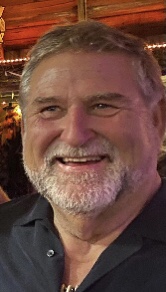 Walter Roy Powell, Jr. age 65, was in his favorite element, waiting for a 4 day music concert to begin when he unexpectedly suffered a Heart Attack, in the evening of November 10,2021, in Vero Beach, FL.

He was born June 6, 1956 in Chelsea, Massachusetts at the Naval Hospital and was raised in Lexington Park, Maryland.  Walter was the second oldest son of Walter Powell and Jesse Dean Powell.

After high school, he found himself in Nevada, working as a Ski Slope Groomer at Lake Tahoe.

Walter returned home to begin his career in the Union.

Walter retired from Local Union 77 in February of 2015. He was a 44-year member of Operating Engineers Local 77, joining the Local Union in 1977, as a Bulldozer Operator. Walter was proud of his Versatility, and he went on to operate everything from a Side Boom on pipeline jobs, Jumbo on tunnel work, Loader on wrecking work, and Tower Cranes on building jobs. Walter served as an Officer of Local 77 for 13 years and later retired as the Vice President of the Local Union. Walt worked directly for the Local Union for 13 years starting as an Organizer, but most of his VP career was spent as a Business Agent. Walt was a very respected Union Leader and was the embodiment of an Operating Engineer and a Union Man.

Walter was a Special Guy. He was a loving, caring, giving Husband, Parent, Grandparent, Uncle, Great-Uncle, and Friend.  He enjoyed being a grandfather to 23 little ones.

Walter found the Lord several years ago, and we are confident that with his last breath on this earth, his next breath was in the presence of the Lord. If you know Walter at all, he is likely sitting with Jesus telling him how he could have “done things differently”.

A Celebration of Life will be held at the St Mary’s County Elks Lodge, 45779 Fire Department Lane, California, Maryland on Saturday the 27th of November, beginning at 1:00 pm, all inclusive.

Pam … We are so sorry for your loss. May Walter sleep in the arms of the angels. Jane and Frank Aritz

To Pam and all of Walt’s family whom he loved so much – We are holding each of you in our thoughts and prayers for comfort during this sad time. He was a “gentle giant” who left a beautiful imprint on the heart of everyone who knew him. I’m sure he’s already found music in heaven and is getting all his questions about life answered at last. May God bless and sustain each of you.

Walter was a neighbor of ours before his move to Florida. He always had a smile on his face and a kind greeting. I last saw him a few months back at someone else’s service. Our prayers to his family.

Dear Pam and family, I’m so sorry for your great loss. I pray that you all will feel the closeness of Jesus as He carries you throughout this most difficult time of grief. May you feel the love of your family and friends as we lift you before the throne. Know that you do not walk this path alone. You are in our hearts and prayers, With much love,

Debbie, Pam, Walter Roger—Along with your mom and dad, youall made me a part of your family 55+ years ago. I had no siblings, but I got you guys. My heart is breaking for the loss of Walter. My heart is heavy for your grief. My grief reaches Jesse and Adam and their families. My heart hurts for wife Pam, and all the Littles who will miss having their GPA. Such very fond memories of our lives, I am at Peace, knowing Walter is with the Lord. RIP my “brother “

So so sorry for your loss Pam. He was a gentle giant and always kind from what I knew of him. He’s probably enjoying music with all that went before him with a wonderful smile on his face. My prayers are with you and family.

Walt will truly be missed. Not only was he a good friend but also a great union leader. So sorry for your loss. 23 grandchildren?? Wow!

Life will never be the same without you brother. I’m sure wherever you are you are bending the ear of everyone there. Ride on my friend.

Dearest Pam, we’re so sorry for your loss of Walter. Tho, I didn’t know him well, I did know he was a kind man and much admired. From all your family photos, it was obvious how happy you all were. Much love to you!

So sorry to learn of Walter’s passing. “Good man” is an understatement in the big guy’s case. Sending prayers of love and peace to you all.

Gary Eugene Maddox - Friend for ever

My Condolence to Walter Powell and Family; He’ll truly be Missed, God bless!!

Some might believe that we lost Walt I don’t believe that, when you lose something you don’t know where it is, Walter’s moved on to another zip code and it’s hanging out with the likes of Billy G, T Davidson and others who’ve acknowledge Jesus Christ as Lord and savior, look forward to hanging out with you again and forever someday my brother from another mother but the same Heavenly Father love you!

Sending lots of prayers to the family I met Walter and Linda and the boys though Bay Video they would come up and get movies and the boys always got video games always so sweet then I got to see him more because he moved down the street from us he would ride his bike and when we were out side he would stop and talk may he R.I.P

Dearest Pam, my heart is saddened to hear about your loss. I always liked Walter since the day I met him. It was nice all 6 of us were able to meet up in MD with the Winters for that church dinner. Thinking of you & trusting Him to carry you through. Blessings, Lisa and Dan Shereika

Walt you will truly be missed. You smile and conversation was always something to remember. I am glad we had many of them. Sending prayers and deepest sympathy to the family. Sincerely, Nancy Hicks

Deb, So sorry to hear about Walter! My prayers are with you and your family! I know he will be greatly missed! God Bless! Love you Linda & Thurman

Pam and family, Liz and I were stunned at the news. We trust that the Father in His infinite compassion and mercy comforts you today and the days ahead. Walt was on this earth a gentle giant and we know he is with the hosts of angels praising God in his special way.

He was part of our family for over 50 years. He was my storyteller and one of my best friends. He will always be missed. Pam, thinking about all of you.

Aunt Pam and family, you guys have always been family to me. Uncle Walter is a life taken way too short. He can now be an angel for us that need. My heart breaks and just know we are thinking of him. He will be greatly missed

We are broken hearted about sweet Walter. He will live on in our memories as one filled with love and joy. Be at peace, Friend.