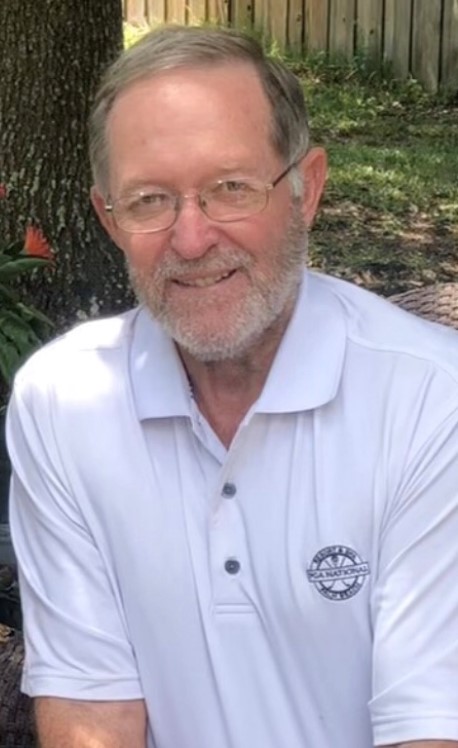 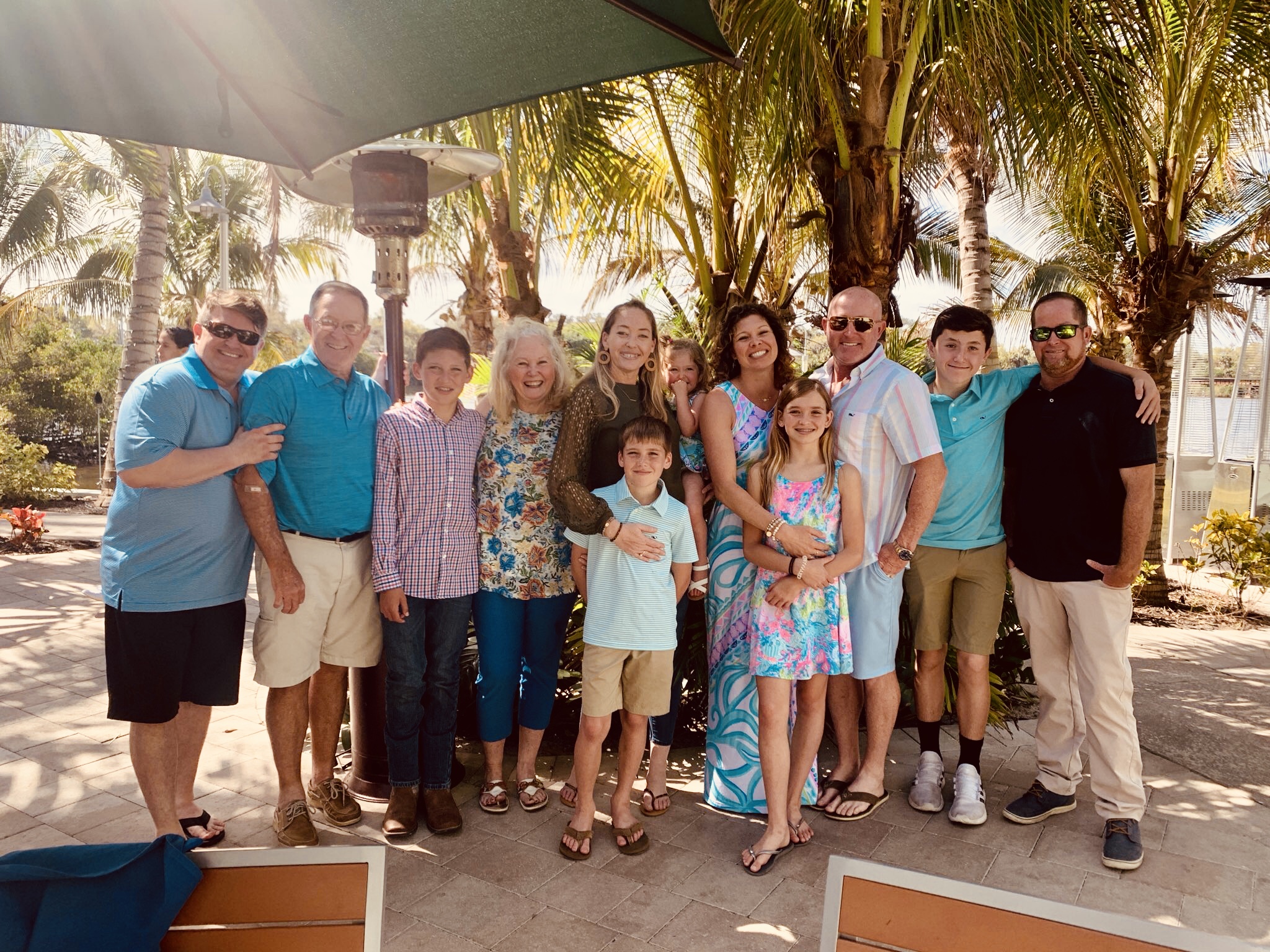 William J. Rogers (Billy) was welcomed into his eternal home with his Savior on April 19th 2021. The family is grateful for his quick and peaceful passing, although sudden and unexpected.

After a courageous 6 year battle and miraculous victory over stage IV Melanoma, the Lord blessed him with 6 more years to share his testimony and encourage others in their own cancer journeys. He wasted not a minute recognizing how precious life is; he loved his family and invested in them with passion and the selfless gift of time, attention and servanthood.

Billy is preceded in death by his parents, Joe and Nora Rogers, his two sisters, Irene Rogers and Joyce (Gene) Taylor, as well as Kim’s mother, Virginia Johnson, who he knew as mom for 47 years, as he lost his own mother at the age of 17. He is also preceded by a dear sister in law, Nancy Phelps.

Billy is a rare Vero Beachian native born October 22, 1951 in Vero Beach, Florida. He graduated from Vero Beach High School in 1969, and married Kim, his high school sweetheart and best friend, in 1972.

Billy mastered his trade as a meat cutter with Winn Dixie and after 20 years, starting as a bag boy and working his way up, before retiring to be able to spend more time with his family.  He went to work for the City of Vero Beach, which allowed him the incredible opportunity to coach baseball, soccer, cross country/track at John Carroll High School, where his children attended.  Later, for a few years, he worked in the meat department of WalMart.

When Billy and Kim’s nest emptied in 2001, he took a job with Harris Teeter in Northern VA. In addition to his many FL friendships, Billy managed to meet and nurture some of his greatest friendships while in VA for those 6 years, and two of those dear friends preceded him in death, just this past year.

Billy and Kim’s first grandchild was born in 2007 and they knew it was time to return to FL and be closer to family! Just a year later, Billy found himself in the battle of his life against cancer, the beginning of a journey that would touch so many lives. He returned to Winn Dixie, until his health and treatments forced him to fully retire. He accepted this challenge and welcomed the opportunity to spend more time with his family and work on his golf game. And just like everything else in Billy’s life, if he set his mind to it, he did it! Not a minute wasted, between cheering on the kids at their games, shopping for his Mother in-law, running errands for Kim, or his standing date with the grandkids at a Friday night Fighting Indian football game. No matter what it was, he always had a smile, a kind word, and his love for his Savior was felt by all who met him.

He will be deeply missed, but could never be forgotten. He has left his footprint in so many lives, as a husband, father, Papa, son, brother, coach, boss, but most importantly, a true man of God.

We will celebrate his life Saturday, April 24th at 10:30am at Pathway Church (formally First Church of God) 1105 58th Ave, Vero Beach, FL. A reception will follow at the church. The family’s attire will be cheerful and they welcome you to do the same.

What a God touched life! Billy Rogers an awesome family man always walking with God. Heartfelt condolences to Kim and all those left behind . We are all better folks because we know Billy Rodgers. Rest in God’s Arms my friend♥️♥️♥️

With a loss of words, enough can’t be said about this man of God. It’s his big spirit that will live with us all. Full of life, full of great family and friends. Will miss you dearly.

A great loss of a great man. The world seems a little emptier now that Billy has left us. GodBless, and Rest In Peace, my friend.

Kim and family: deepest condolences on the passing of your much lived and cherished Billy. So glad that our Lord Jesus is with you and knowing that Billy is with Him now. He fought an amazing battle. Love to you and peace through the Holy Spirit. Billy’s legacy lives on forever. Denise

Kim – Billy was a great man who loved his family and was a great friend to many. He was always available and willing to pray for others – he will be greatly missed!

From those days riding around Vero in you car doing things we shouldn”t be doing to those long hot double headers in the Florida sun. Listening to Wally Shulock yelling at us to make us better players and better men.I can say it truly worked for you.Miss you my friend. God Bless your trip home and tell Big Al hello for me.

My sincere condolences to the family. Billy was a great guy and always had a kind word and smile for people he met. I had the pleasure of playing Little League baseball with him and being a friend and classmate of the ’69 VBHS graduation class. RIP my friend, you will be missed but I and others have fond memories shared with you!

God blessed us with Billy’s life – a true inspiration to all on so many levels, and we are thankful for his example of a servant of God – his heart for others – and his friendship. -Margaret & Paul

Kim and family, I did not know Billy, but the testimony of his life in the obituary above tells me that his deep Joy and certain Hope in Jesus sustained him, and will sustain you as you navigate the “valley of the shadow of death.” May God’s Presence be your comfort as you fix your eyes on The Light who has overcome death – and its shadow – and welcomed Billy Home.

Billy Rogers a Godly man who reached out to others with a helping hand that shows love for his neighbor as God told us to. Words are too little to express the gratitude we owe the Rogers for all they did for us. In October 2005 Billy and Kim were there for us when my wife was severely injured in a car accident, visiting often, from their home at the time in Virginia, during her 29 days in the hospital in Baltimore, MD and then Kim accompanied us on the trip south to Vero Beach, providing care for Margaret each mile of the way. Billy will be missed by many. Love and prayers for God’s peace to comfort his precious family.

Billy was a great example of a Godly gentleman, or should we say “gentle man.” He and Kim were friends of ours before we moved from Vero Beach but they have stayed in our hearts for always as examples of love, marriage, family and so many qualities that stand out. Kim, I love you so very much and we are standing with you in prayer.

A privilege and honor to have know Billy since 5th grade. At age 70, it seems like yesterday that we went camping at Long Point, took flights to Atlanta to watch some Brave’s baseball, hung out at McDonalds on the weekend, played golf, bowled on the same team for years with some good friends, went to Wrestling matches in Palm Bay, played some church softball, Whitewater rafting with our church group. Irene and I will miss Billy dearly. We pray for the Rogers family during this time

I worked for Mr. Rogers, as we always called him, at Winn Dixie in the early 80s. His crew was the most diverse group (actually misfits) of people ever in the same room. Yet he forged such strong relationships with each one of us, ones that endure to this day. He always encouraged me to go to college (Thank you Mr. Rogers). I now live in North Carolina. Every time I came back to Fla, I made sure that I met up with Mr. Rogers (and Rodger too) just to talk. I am deeply saddened by his passing. He was such an important influence in my life. Regrettably, I cannot make the celebration of his life, but I know his family and friends realize just how many people he has touched with his kindness. Thank you Mr. Rogers.

Kim, I am so so sorry. I had no idea. Billy was a great person. My prayers to you and your family.

I’m so very sorry for your loss Kim. I’ve had the opportunity to get to know Billy over the last couple of years and do not think I’ve met a kinder more sincere man in my life. Our thoughts and prayers are with you and your your family.

Billy was unlike any other man I have ever known. He always had a big smile on his face and never had a bad thing to say about anyone. I know he is smiling snd dancing in the sky probably sitting next to Jesus. Those who have already passed on are so lucky to have him and to his family and many many friends he will be truly missed. Rest In Peace and know you were so LOVED❤️

Kim, I am so grateful for the love and devotion you and Billy have given to my great grandchildren and my granddaughter, Chrissy. Billy was a kind and wonderful Christian and a dear friend and we will all miss him greatly. Dearest love to you and your precious family.